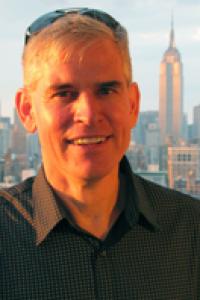 Thomas Gourde was born in November 1962 in Salt Lake City, Utah following the transfer of his family from California to Utah. He is from a family of 11 children. He graduated as an honors student from Judge Memorial Catholic High School in 1981 and then entered the University of Utah. While an undergraduate, he traveled to Australia through a University of California research program, interned with the Utah State Legislature and the National Science Foundation in Washington D.C. and studied in France for one semester. He received an award for his work as an intern in Washington D.C. He graduated cum laude in 1987 with a Bachelor of Arts degree. Mr. Gourde entered law school at the University in the Fall of 1987 and was named to the Dean’s list in 1988. He served as an editor to one of the school’s journals and was selected to serve on the Journal’s Board during his third year of school. In 1990, before passing the Bar exam on the first attempt, he accepted a position with a large Los Angeles firm and relocated to Los Angeles.

There, he became an experienced litigator. After years of handling complex legal matters, he eventually accepted a position with an Orange County law firm to be its supervising corporate and litigation counsel. While there, Mr. Gourde handled a large number of complicated cases and legal transactions and acted as general counsel for several businesses and professional clients. To continue a career dedicated to professionally and efficiently representing his business and personal clients, Mr. Gourde opened his own law office, wherein he provides the highest level of service to his clients. The firm handles legal matters involving businesses, construction companies, homeowners, investors, professionals and individual clients with legal needs.

Thomas Gourde now resides in North Tustin with his wife and two children and is actively involved in the community. He is involved in many volunteer organizations, has served on the Board of Directors for a charity and is a member of the Rotary Club. He also organized a chili cook-off team for the Tustin Chili Cook-Off and his Chili Cook-Off team won first place in the People’s Choice category for 2013. He has also been interviewed on legal issues and has lectured to various associations on the handling of legal risks and possible liabilities.

Questions? We Have Answers